The Royal Palace of Stirling Castle

Built for King James V and his wife Mary of Guise the mother of Mary Queen of Scots. The palace dominates much of Stirling Castle. Archaeological evidence suggests that construction began around 1538. A quadrangular building with a central courtyard - the exterior of the palace is heavily carved with statues representing classical gods and goddesses. The palace has been built in a Renaissance architectural style.

Nevin of Edinburgh worked alongside Historic Scotland Architects as part of the 12 million pound refurbishment programme the palace was undertaking. Nevin’s involvement was to redecorate both the Kings and Queens bedchambers and inner and outer halls.

Each ceiling has been hand painted, free hand by brush, using shading and lining work, Tromp L’oeil and gilding techniques. Wall friezes and large heraldic crests have also been hand painted. Every effort was made to apply paint and decorate the rooms using medieval techniques to stay in keeping with the heritage of the building.

An extreme amount of specialist skill and knowledge has been required on this project to painstakingly hand paint the intricate areas of these rooms. It took 12 specialist decorators a total of eight months to complete the project.

All The paints were hand made in a special workshop created in the basement of the palace, dozens of dry pigments including vermillionette, ultramarine blue, yellow ochre, venetian red and many more were ground in both water and oil. Many of the paints were made into tempera and distemper to replicate that which would have been used in the 1500’s.

The finished palace is truly outstanding and a real credit to Mackay Decorators and their specialist team. 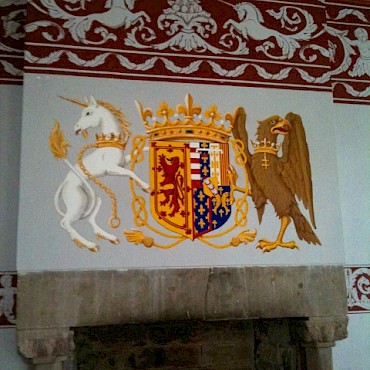 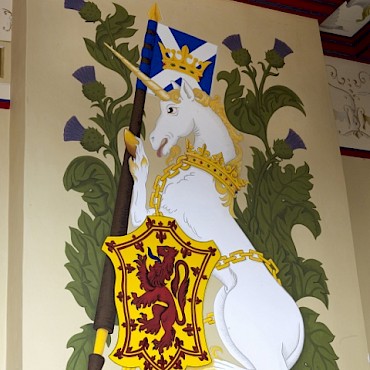 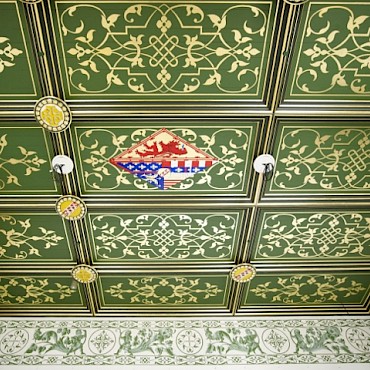 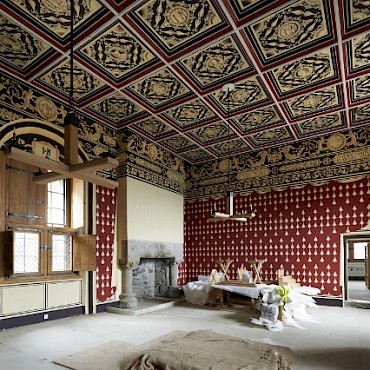 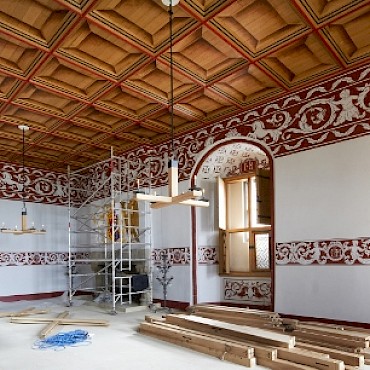 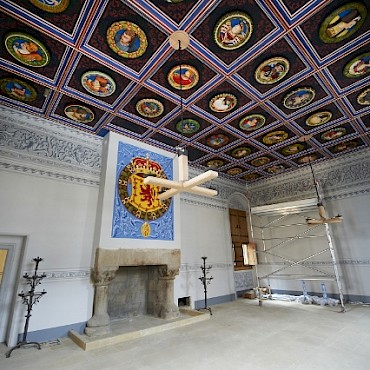 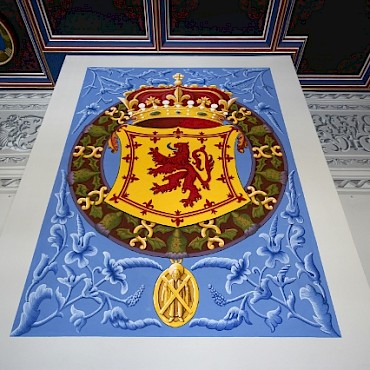 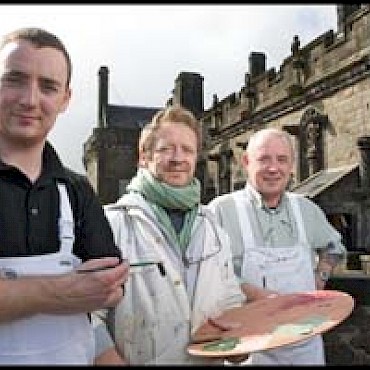