Mark started his apprenticeship in 2003 with the firm and attended Edinburghs Telford College. Mark from early in his career had shown a willingness to learn and be the best in his field. This was shown by his performance and ability when entered into regional, national and international competitions to which he excelled. Capped off by winning two gold medals at Worldskills Calgary Canada 2009.

During his short career Mark had shown a great level of competance and organisation and was promoted to foreman in 2008. Since then he has gone on to become a director with the firm and like his father enjoys working on site ensuring that the companies high standards are met on a daily basis.

Much like his father Mark believes in apprenticeships and keeping the traditional skills alive by teaching them to his apprentices. Keeping the skills going that were passed down to him making sure that even the new additions to the trade can produce levels of work that will match the standards required.

Mark specialises in the arts of graining, marbling, sign-writing, stencilling, guilding and free hand brush work. As well as being extremely competent at hanging all types of wallcoverings and the application of many materials using both airless and conventional spray systems. Mark has been responsible for overseeing many projects and is used to making sure that jobs are carried out on time and to specification. As contracts director Mark also makes sure his men carry out all works to a very high professional standard. Mark constantly strives for perfection and 100% customer satisfaction. 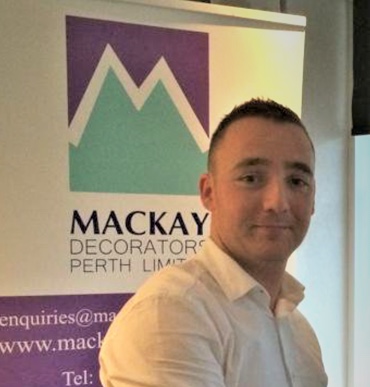